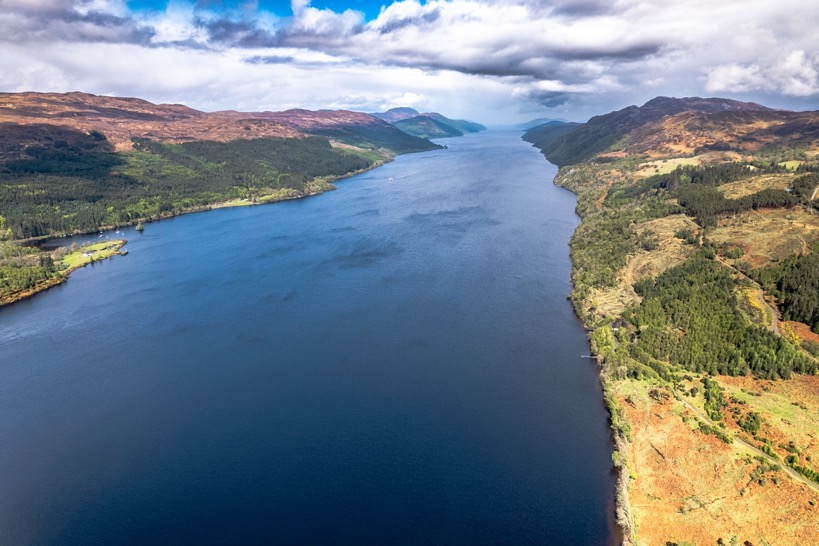 Posted on: July 21, 2022
I did not write a travel guide on Thatch as usual for this trip. This trail is well-marked and suitable for all levels of experience.
The official trail information can be found on Walkhighlands.co.uk.

With a few more days to spend on my way back from the Isle of Skye, I decided to spend some time near the majestic and famous Loch Ness. The 36km (22mi) long Loch (never ever call it a lake in Scotland, learn from my mistakes) has long distance trails along side it: one on the north side and the south side. The north trail is part of the Great Glen Way and on the busier side of the Loch, so I chose the wilder and quieter trail on the south side.

I got a lat 2pm start from Fort Augustus, coming just from Skye and wanting to benefit from the, for once, decent weather.
Fort Augustus is a nice little town at the south end of the Loch with the locks and Loch access, but with way too many tourists. As soon as I was out of town, everything was quiet again. The trail is mostly well maintained gravel, with some dirt trails on day 2 but also some paved sections.

On the far end of the Loch I got some good views of the entire length of the Loch before I headed into the hills and away from the Loch and into the headlands. The trail immediately starts with a 400-500m climb. To be honest, not the most exciting part on the gravel, but perhaps the Isle of Skye trails spoiled me a bit.
I reached the highest point of the day in less than 3 hours and 12km (7.5mi) in just passing by Loch Tarff.

I was walking fast. Because the trails were so easy, but also because it wasn't the most exciting scenery. Don't get me wrong, it sure was beautiful, but nothing extreme, which bored me a little. My goal was to get close to Foyers to benefit the good weather. Just 19km in I walked on a quiet forest service road out of cell phone reception as I passed by a goregeous old grassy forest with a little creek winding through it. This looked like the perfect area for camping. Quiet, cozy, sheltered and near a reliable water source. One problem: I was still just over 10km from Foyers. And there was the dilemma: stay here and risk hiking 10km more in bad weather tomorrow, or hike another 10km with a good chance I wouldn't find a spot as good as this one. I decided to stay, nothing beats a good campsite, not even rain.

I pitched my tent on the soft grass between the old trees and wandered around wondering what stories these trees would tell if they could talk. It was perfectly quiet, no wind, just the sound of many birds in the trees. I made a good decision, it's been a while since I had such a relaxing camp spot. 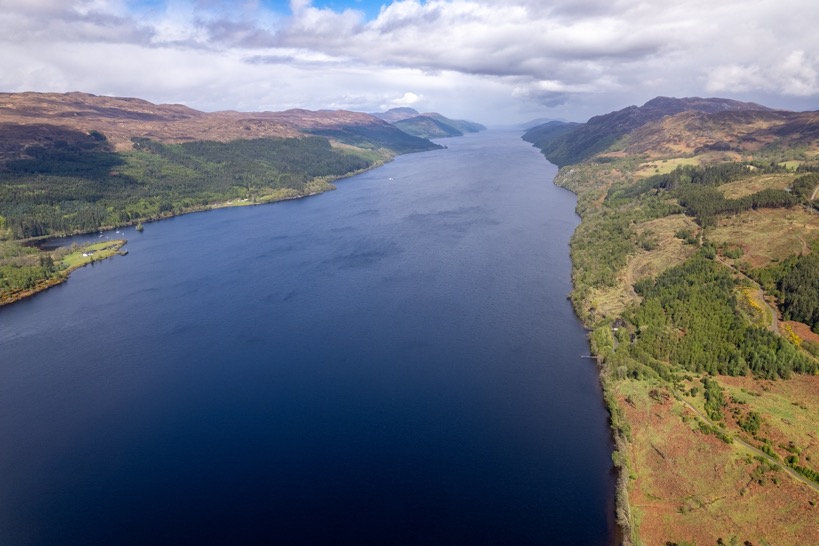 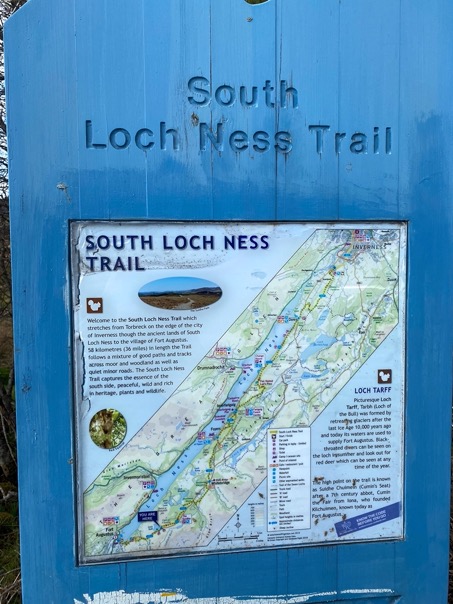 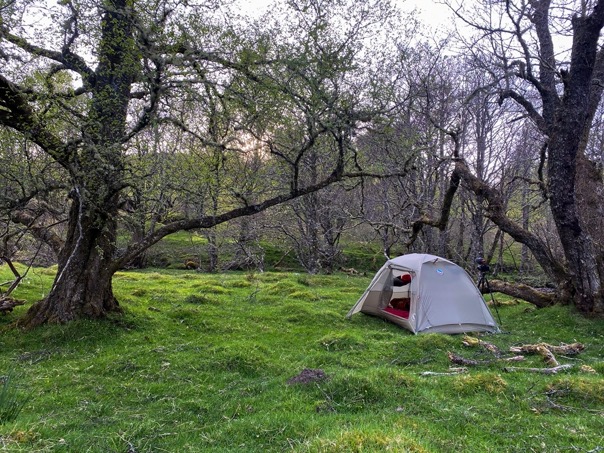 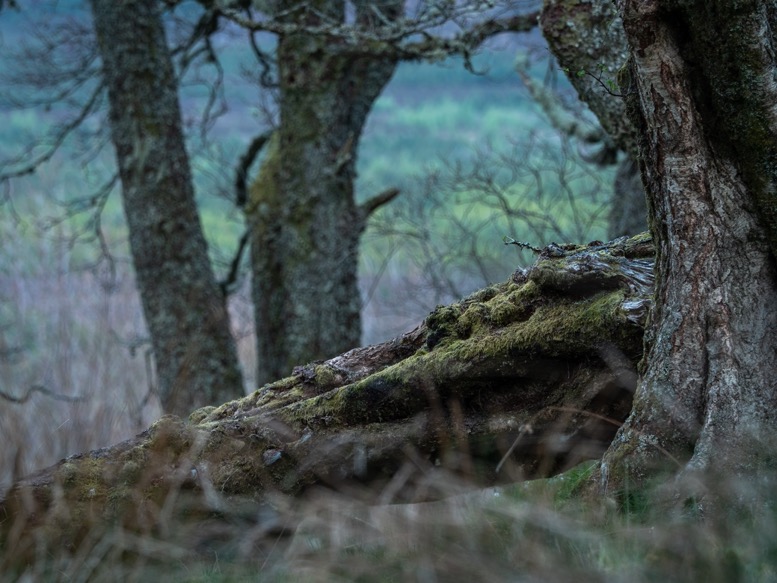 The night was calm, in the morning the wind picked up a bit and it sure was colder. I had my oats breakfast and of course a good cup of coffee before I headed out. The forest continued for a bit making for a great start of the day. But the contrast couldn't be bigger, as just 2km (1.2mi) ahead I ended up on a paved road 3km (2mi) long with just one gentle bend. Well, at least that was quick progress and the road totally abandoned.

I passed through the almost abandoned town of Whitebridge and followed the rivers Fechlin and Foyers north toward Foyers and the Loch. The section was already a lot prettier than yesterday. Some nice trails, some forested sections, a few farms and a lot of wild flowers. 11km (7mi) in I made it to Foyers, famous for its waterfalls, I only found out after the fact. I expected to get some views of the Loch by now, which I hadn't seen since yesterday, but although the town is almost on the banks of the Loch, the trees hide it very well. At the Foyers Stores, Post Office & Cafe I had a short break and a very good Americano. From there I headed further north parallel to the Loch on a forest road. One of the prettiest sections so far in a nice dense pine forest. The trail got even better when it forked off onto some real rugged trails through dense forest. I'd read about this rough part, but in my opinion it could all have been like this.

4.5 hours in I passed Inverfarigaig, or mouth of the Fargaig river (I found out 2 days earlier that Inver means 'mouth of', so Inverness ..., you get it). I was less than 200 meters away from the Loch but again trees blocked the view, so I kept going. From Inverfargaig it's a 9km (5.6mi) and 350m (1150ft) climb up to the highest point of the trail, again going land inwards so still no views of the Loch. This part is nice and quiet. A lot of it is paved, but really not a single car or person out here. I was making some good mileage for sure.

The last section of the climb to Fair Headed Lad's Pass is heading straight for the Loch on the back of the mountain on a forest trail. The pass on top is really the highlight of the trail! Stunning views of almost the entire length of the Loch from high up and views of the Drumnadrochit and Urquhart Castle across the Loch. I got slightly off trail into the moorlands and found a nice spot out of the wind to make a coffee and relax for a while. The weather so far had been surprisingly good. The forecast in the morning predicted some variable weather with a chance of some light rain showers all day, but I only felt a few drops of rain so far. Looking back at Fort Augustus the skies were dark. The weather radar showed the rain showers were just south of the Loch, not going any further than Fort Augustus. What luck.

From the pass it is a beautiful descent on a dirt trail overlooking the Loch. In most places there were very few trees, but all very lush and light green so early in the year. Further down I passed through some denser pine forest before merging on a forest road. From here it was all flat till I got to the minor road next to the Loch. With almost 35km in 6.5 hours hiking I was pretty much done and ready to find a spot to spend the night. I hiked down to the Loch at the first opening I saw, and right there was a perfect sheltered spot just above the Loch next to the gravel beach. I pithced my tent and attempted a swim in the Loch, which sort of worked. It was cold, windy, the rocks were slippery and the Loch so shallow that I barely went underwater before I stumped my way out of the Loch slipping multiple times on the way back. But at least I can say I swam in Loch Ness. I can barely remember what else I did that night, a good sign I think. I just wandered around, made myself a little snack plate with what food I had left, looked for the Monster and watched the rain showers travel the Loch like ghosts. 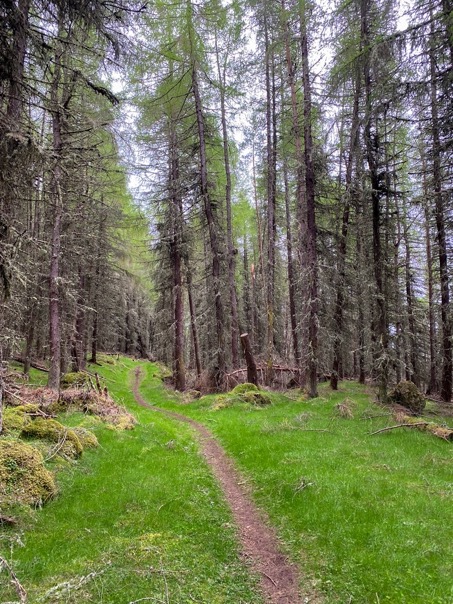 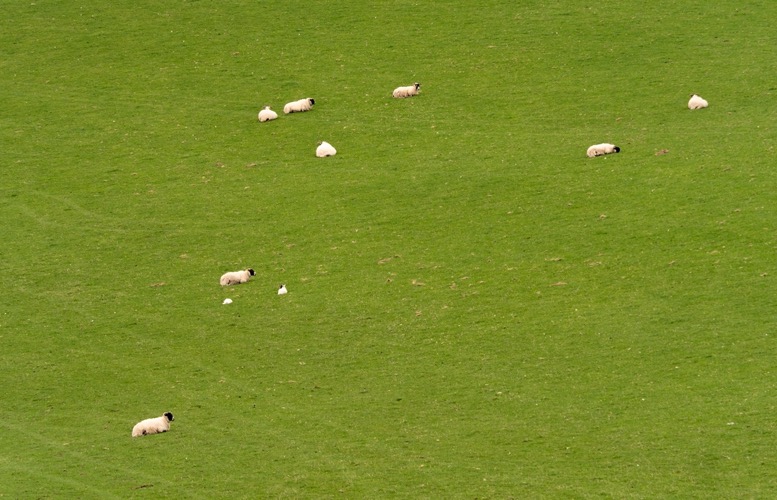 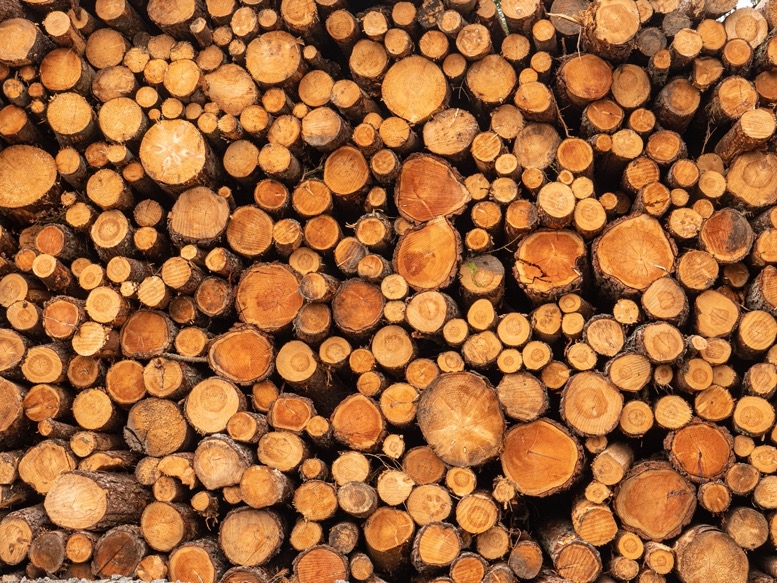 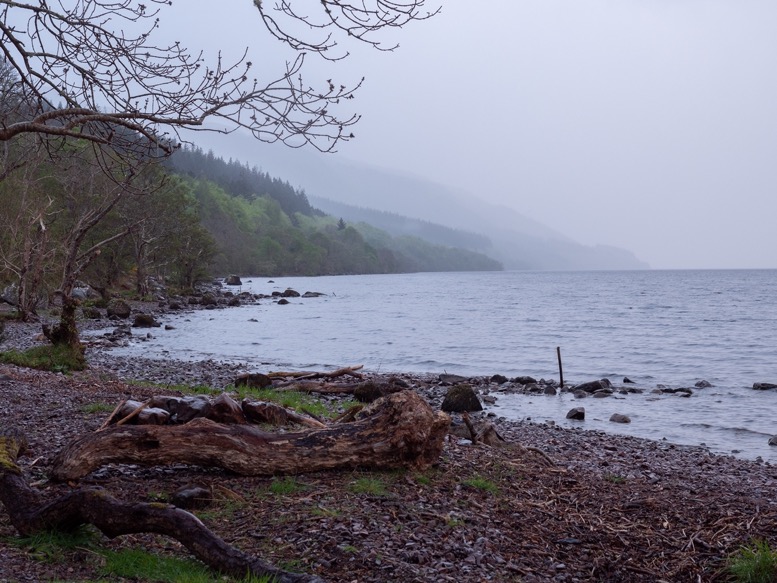 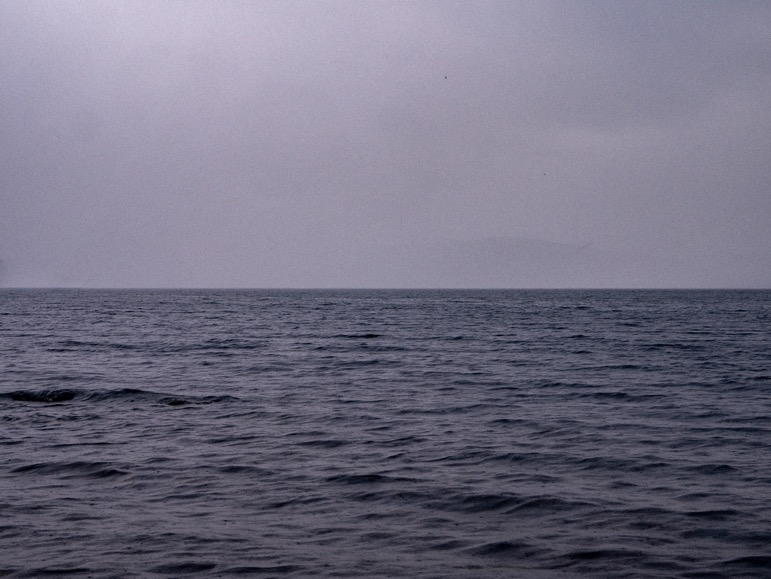 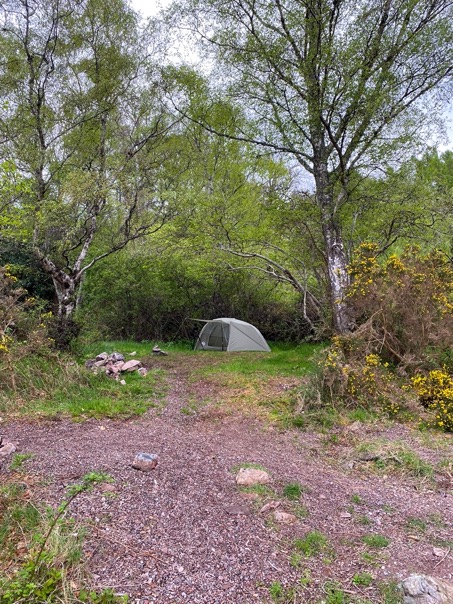 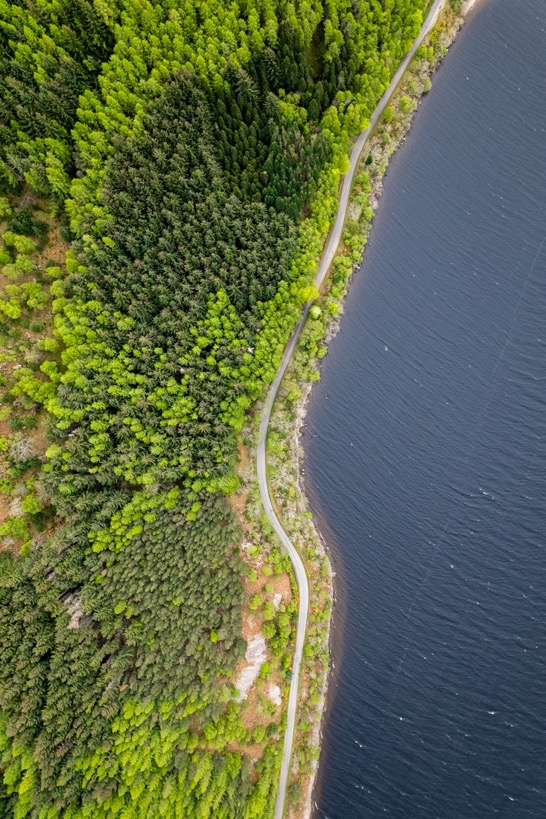 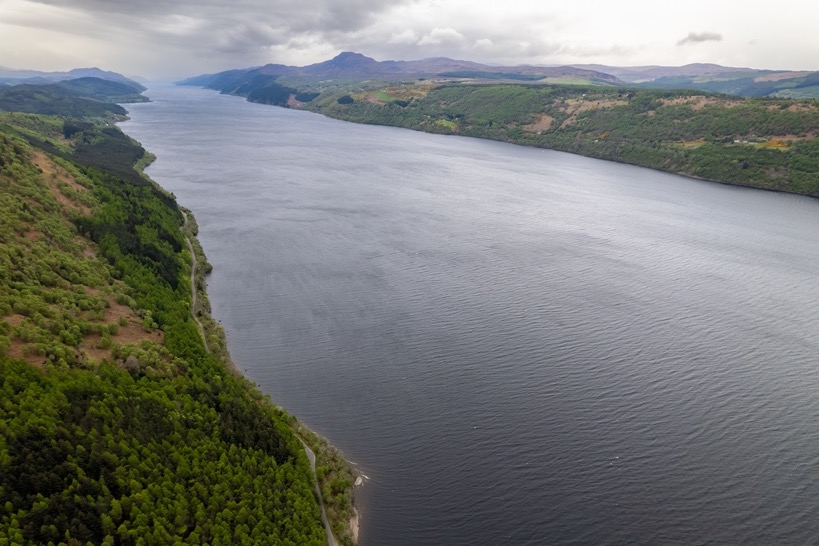 I looked over the Loch from my sleeping bag, and when I couldn't resist the temptation anymore to make a cup of coffee. Of course all without getting out of my warm sleeping bag.

I packed up my stuff and headed out towards Dores, a little town at the far end of the Loch, a few kilometers ahead. The route winds along the Loch on some trails. Dores has a long gravel beach, which would be ideal for swimming, if it wasn't cold and windy. With the wind coming exactly over the Loch, the waves were hitting the beach and splashing water several meters onto the beach. The water looked dark, almost black. I surely can understand now how these stories of a monster in the Loch come about. Even in sunny weather I could see the end of the enormous and mysterious looking Loch. The Loch is 227m (755ft) deep and has the largest fresh water volume in all of the British Isles. I wouldn't be surprised if some large eel or descendant of a dinosaur lived in this Loch.

Now the part I don't understand. The South Loch Ness trail begins in Fort Augustus, on the south end of the Loch. But it does not end in Dores on the north beach of the Loch but continues for another 12km (7.5mi) towards Inverness. And it then doesn't even end in the center of Inverness (the castle would have made some sense). The section that follows has definitely a beautiful stretch through some moorlands on a ridge, but it doesn't have views of the Loch, nor does it end on a particular special place. It seems to me that Dores should be the finish of the South Loch Ness Trail.

But nevertheless, I pushed on. After the 35km-day yesterday (and day 8 of daily hiking) I was pretty much done with it, not to mention the giant blister that formed on my heel. With another good 2 hours I made it to the finish line. Satisfied and tired.

Now I just had to get my car in Fort Augustus. For that I would have to walk another 2km, take a bus to Inverness from where I could take a long distance bus to Fort Augustus. But just as I finished my trail, I saw a nice lady coming back from a hike with her dog and I kindly asked if she was heading towards the bus stop. Her response was golden: "No, but I can explain it to you ... You know what, I’ll drop you off!” Again goes to show how friendly these people are. The lady drove me to the bus stop giving me a small guide tour through the outskirts of the city.
From there I took a direct bus to Fort Augustus, after having a coffee and a quick lunch at the nearby Botanic Cafe (plants!). 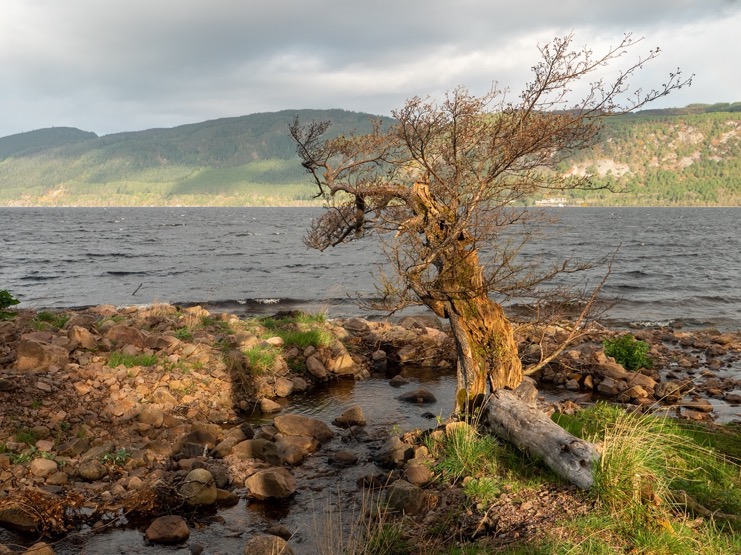 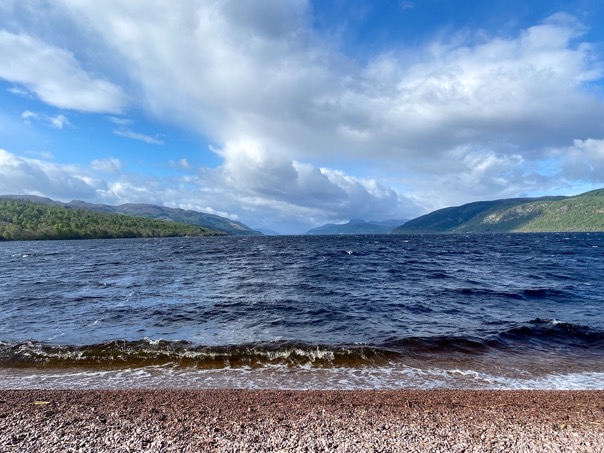 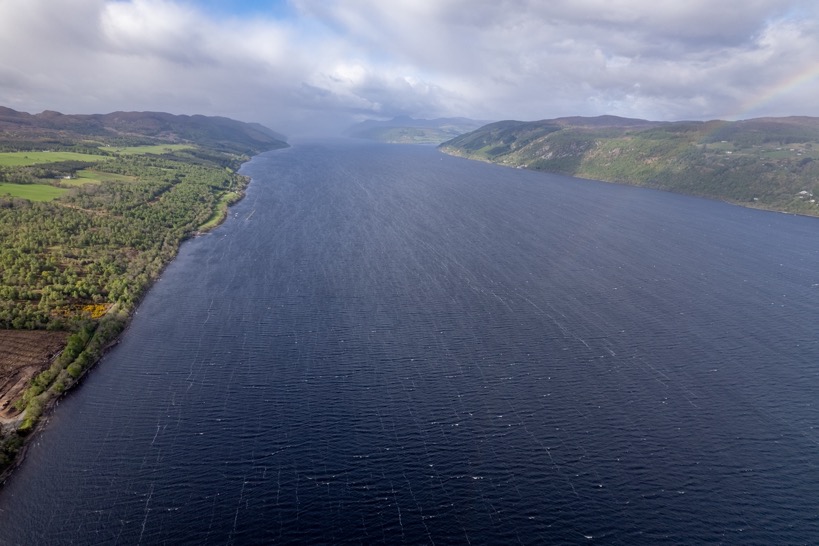 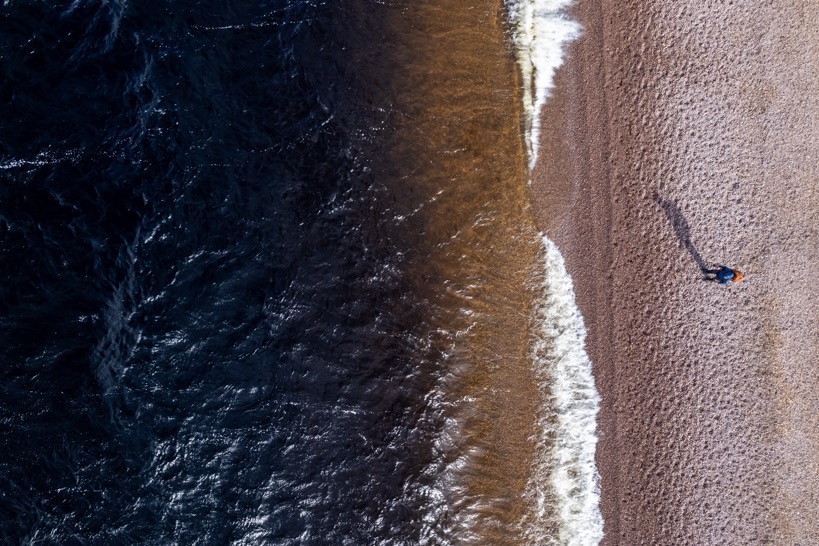 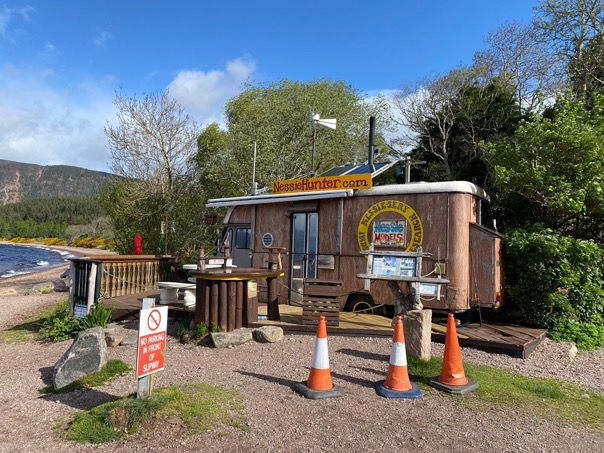 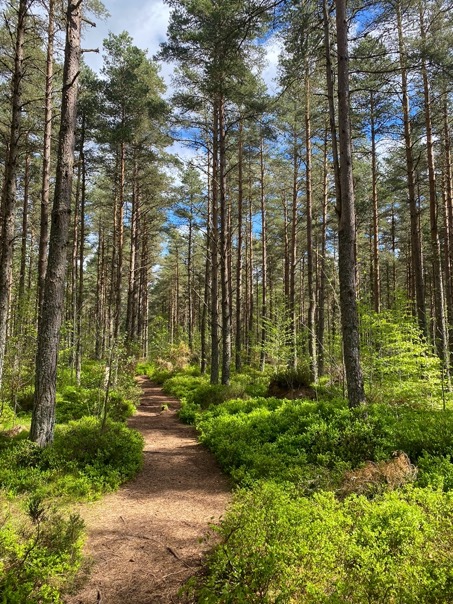 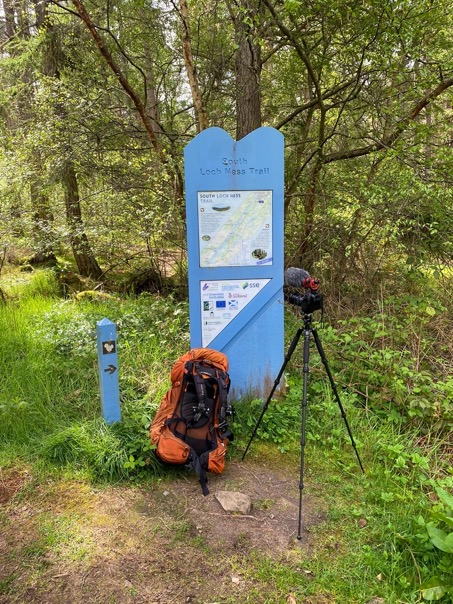 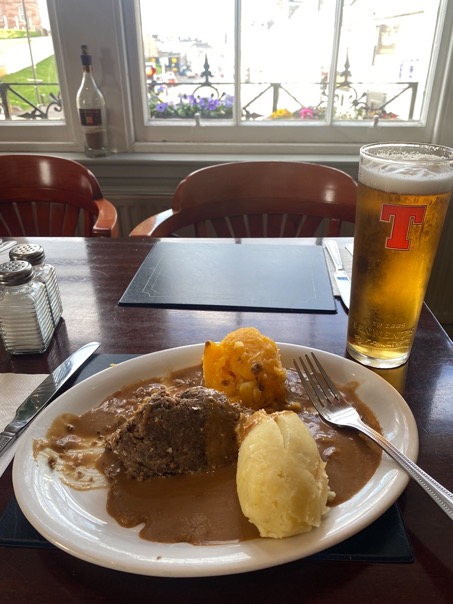 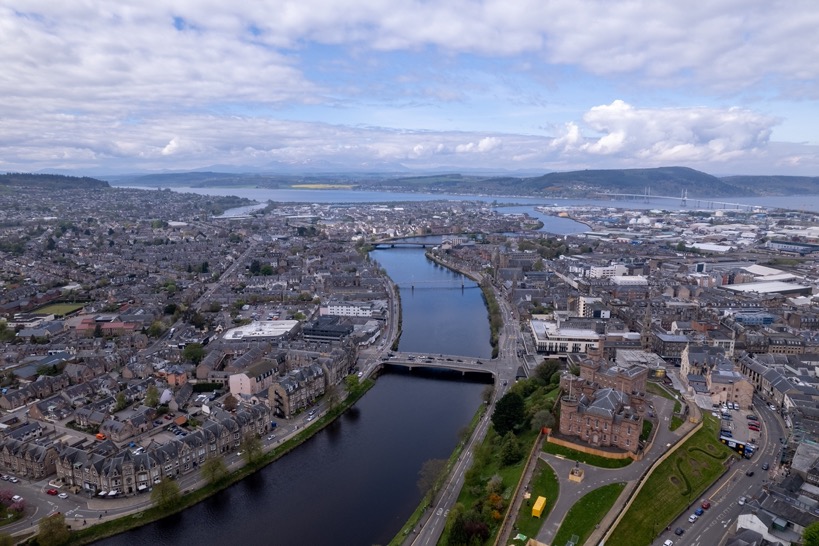 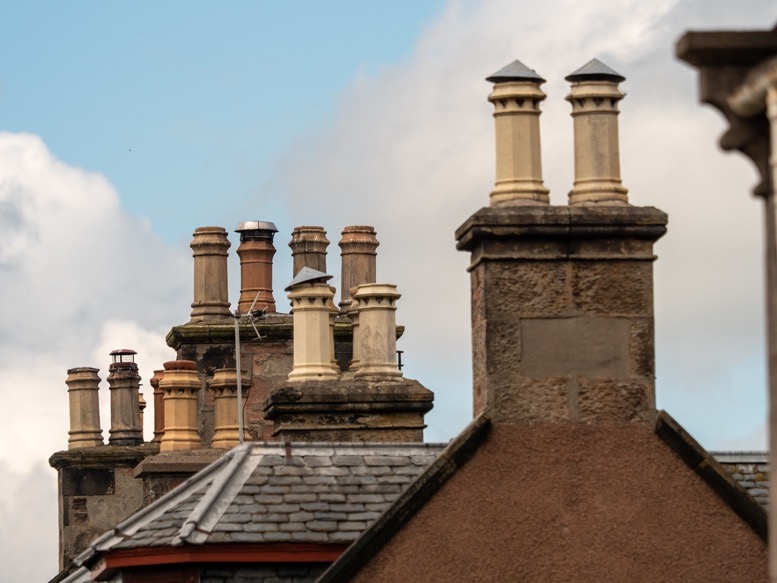 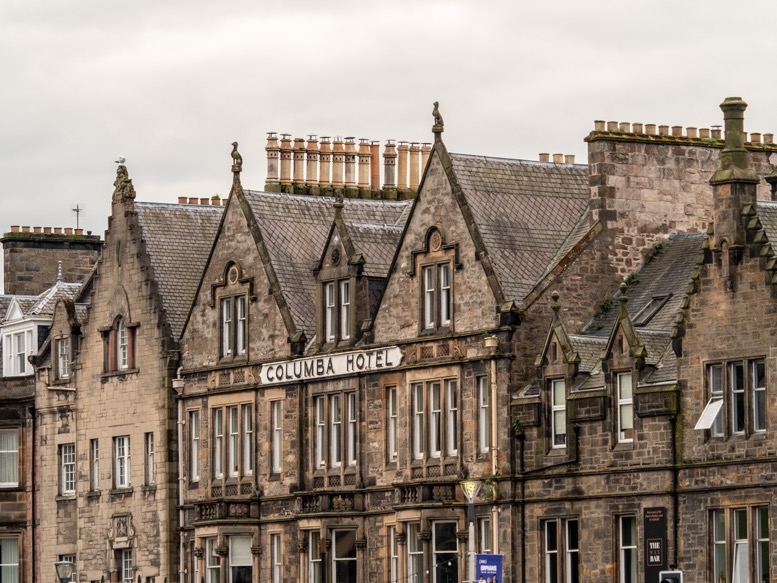 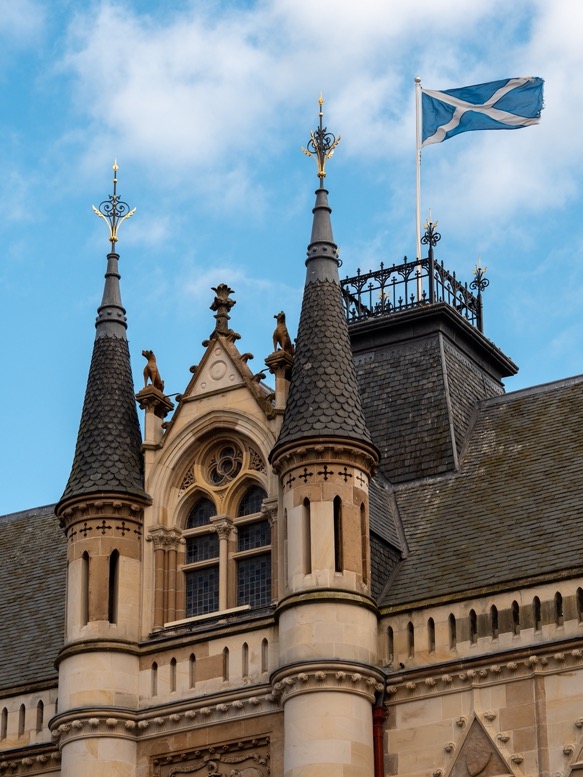 This was a fun little trip! By far the easiest and most developed route I've ever done, but I found it surprisingly quiet on the trails. I haven't seen any other hikers, and I would go for hours without seeing people at all. The trails were mostly very easy, and the trail is well marked. It's a great hike for anyone.